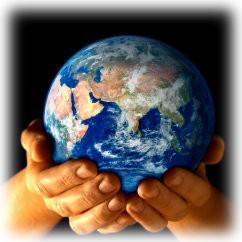 As industrialization and urbanization brought many new problems to society in the early 1900's, citizens began forming voluntary organizations to address the needs of their communities. In some areas, groups took the name "optimist club" to express their desire for a positive outlook in the face of all these problems. The first official Optimist Club was formed in Buffalo, N.Y. in 1911.

These clubs quickly grew to over 100 members each. As a result, a national conference of the American clubs was held in 1917 in Indianapolis.

Times were good. World War I had been fought and won and spirits were high in America. An ideal time for the birth of Optimism. The association of clubs that is known today as Optimist International was formed on June 19, 1919, when representatives of 11 clubs held a convention in Louisville, Ky., and adopted the name International Optimist Club. During the convention, William Henry Harrison, a descendant of the ninth President of the United States bearing the same name, was elected the first International President of Optimist international. Through the next three years, the organization grew to 49 clubs and 4,000 members.

From the beginning, Optimist Clubs directed major efforts toward youth service. As a result, in 1923, the motto "Friend of the Delinquent Boy" was chosen, setting the course of the organization. The motto was introduced by Dr. Hartloft, a medical examiner in Evansville, Ind., who became a community leader when he served as past president of the Big Brother movement.

In 1924, it was voted by the convention delegates that the Optimist International motto be revised to "Friend of the Boy." Eventually the motto was changed to "Friend of Youth".

Also in 1924, history was made when the Optimist Club of Toronto was formed, the first club outside the United States. Four months later, the second Canadian Optimist Club was chartered in Hamilton, about 40 miles west of Toronto.

In 1928, an organization-wide Oratorical Contest was started for the Junior Optimist Clubs. Through the years, its purpose has been to provide a valuable self-improvement activity for the boys. Today, this remains the oldest and most well-known programs of Optimist International.

In 1994, Optimist International kicked-off its 75th anniversary year at the 75th International Convention in Louisville, Ky., the site of the first and 50th convention.

Past and Current Presidents

History of the Optimist Creed

The Optimist Creed, or "Promise Yourself" as it was originally known, was written in 1912 by Christian D. Larson, a writer, lecturer and publisher from Los Angeles, California. Los Angeles area Optimists found the literary jewel in several publications and began printing it in the club yearbooks. With so many California Optimists familiar with it, it was inevitable that it find its way to the Optimist Magazine where it appeared for the first time in December 1921.

At the International Convention in Kansas City in 1922, the delegates adopted it as The Optimist Creed. Today it is distributed among young people, given out on the streets and sent in great numbers to remote corners of the globe where people are in need of a creed they can hold on to and live by. We say it at the end of every meeting.