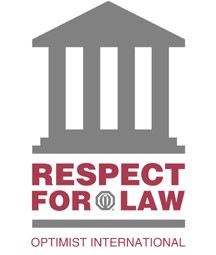 In July 1965, a discussion between Past International President Carl Bowen and former FBI Director J. Edgar Hoover resulted in the birth of the Respect For Law community activity. This is the fourth most popular Optimist activity with more than 1,500 clubs participating each year.

Each spring the club honors law officers from the Farmington Department of Public Safety and the Farmington Hills and Franklin Police Departments.  Officers are chosen for the award by their respective departments.  Plaques are awarded at a special breakfast meeting attended by the award winners and their guests.  The work of these outstanding public servants is always inspirational.

• Unit Citation for his work in the apprehension of an armed robbery suspect and recovery of stolen money and the handgun used at a Burger King in Novi.

• Citation for his response to an armed suicidal man at Heritage Park. Lt. Piggott quickly coordinated uniformed patrol and plainclothes personnel to secure the park and attempt to locate the individual. Lt Piggott’s leadership and quick decision making was instrumental in evacuating the visitors of the park during this tragic incident.

• Professional Service Award for his work as the Honor Guard Coordinator for the funeral of Dallas, Texas Police Officer, and Michigan native, Officer Michael Krol from Redford Township. Under the direction of Lt. Piggott, these officers performed this solemn and difficult duty with dedication, precision, and honor and were recognized nationally for their steadfast service at such a difficult time.

• Unit Citation for the arrest of a group of individuals responsible for numerous vehicle break-ins. Officers recovered numerous stolen items from recent thefts including a handgun that had been fired inside a local motel room. Under the leadership of Lt. Piggott, the diligent investigative efforts of all the officers involved led to the resolution and prosecution of multiple suspects responsible for break-ins throughout the City. 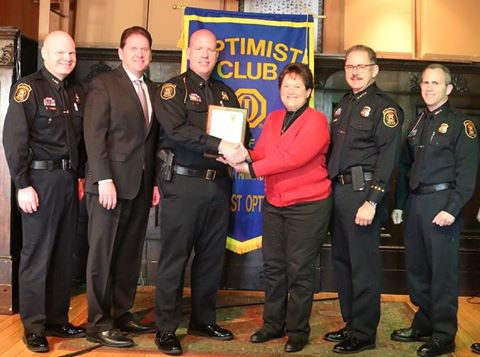